The village of Rathvilly is a good place to visit if you want to have a quiet trip spent against a backdrop of local history.

With the River Slaney running through it, this small town is located just over 20 kilometres from Carlow town and has a population of about 1,500. 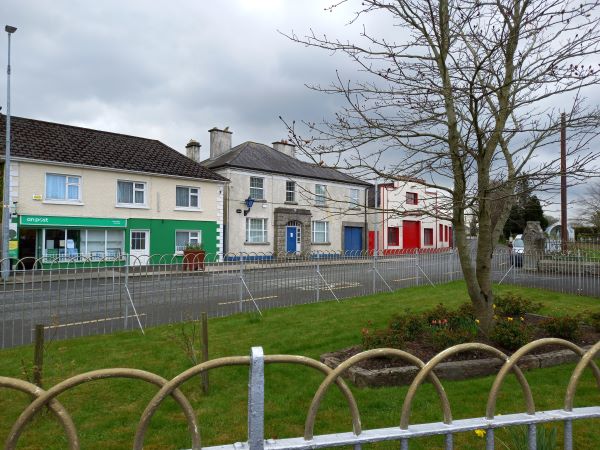 The name Rathvilly is Ráth Bhile in Irish which means “the fort of the old tree” and the village takes its name from the nearby motte.

It’s home to a row of granite cottages (Phelan Street), a village green, two excellent pubs (Lawlors & Molloys) and a watermill. There’s also a local shop, a GAA pitch, a tennis court, a pharmacy, a garden centre and a post office. 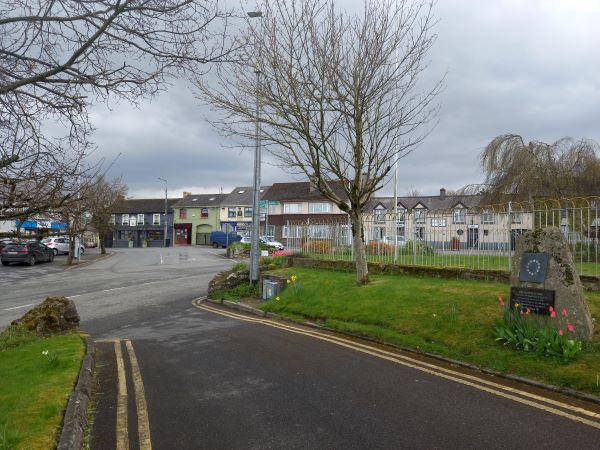 A train station opened in 1886 serving ten trains a day. However because of the growing popularity of the car it closed to passengers in 1947. It closed completely in 1959. 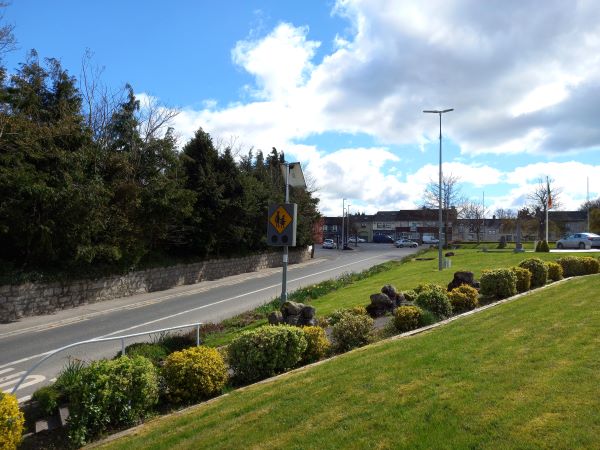 The most picturesque approach to the village is from Cuckoo’s Corner (where the R726 meets the N81). Taking this route, you come over the bridge then uphill and the village is revealed to you around a bend. 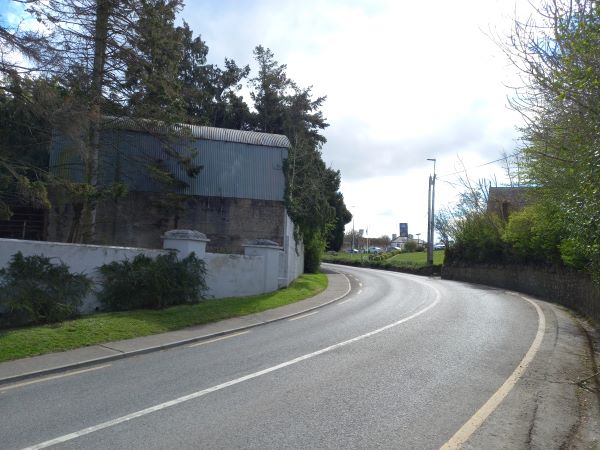 Things to Do in Rathvilly

On the green in the centre of Rathvilly is the Kevin Barry Memorial - a monument to a local Irish patriot. 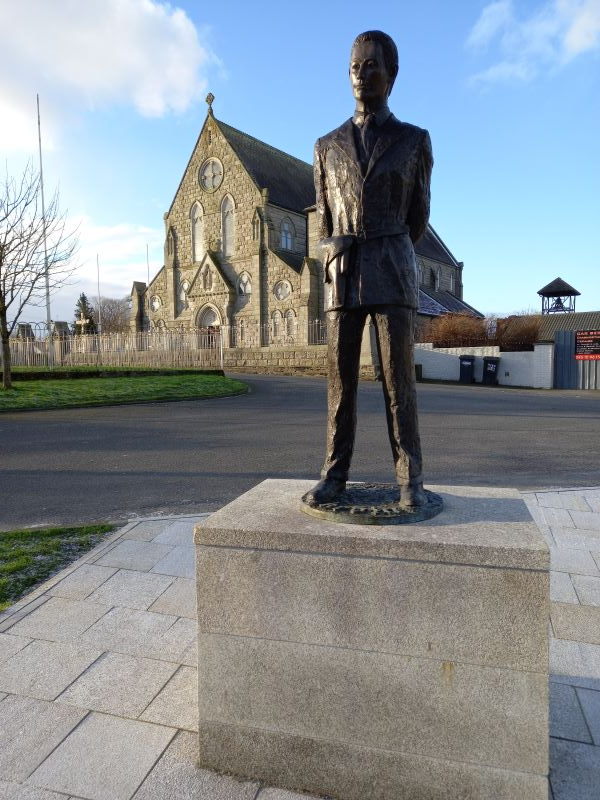 Born in Fleet Street, Dublin on the 20th of January 1902, Kevin was the son of Thomas and Mary (née Dowling) Barry. He grew up on the family farm in Tombeagh, Hacketstown and attended primary school in Rathvilly in what is now the Phoenix Centre. 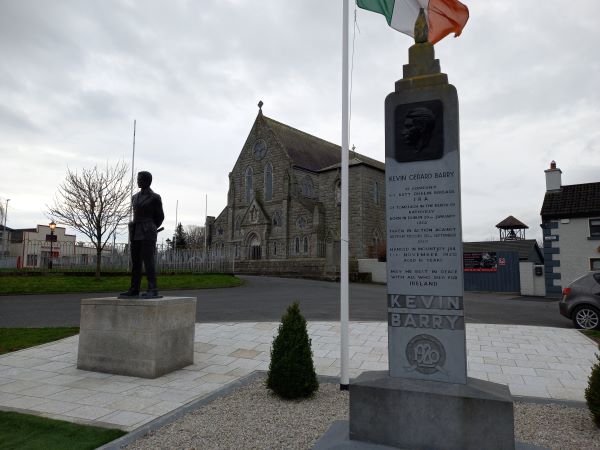 In the summer of 1919 he began studying medicine in University College Dublin. After joining the fight for Irish freedom he was captured on the 20th of September 1920 when an ambush of British soldiers went wrong. On the 1st of November 1920 at the age of 18 Kevin Barry was hanged, provoking a public outcry at home and abroad largely because of his young age.

Republicans meet at the monument at every anniversary of his death. 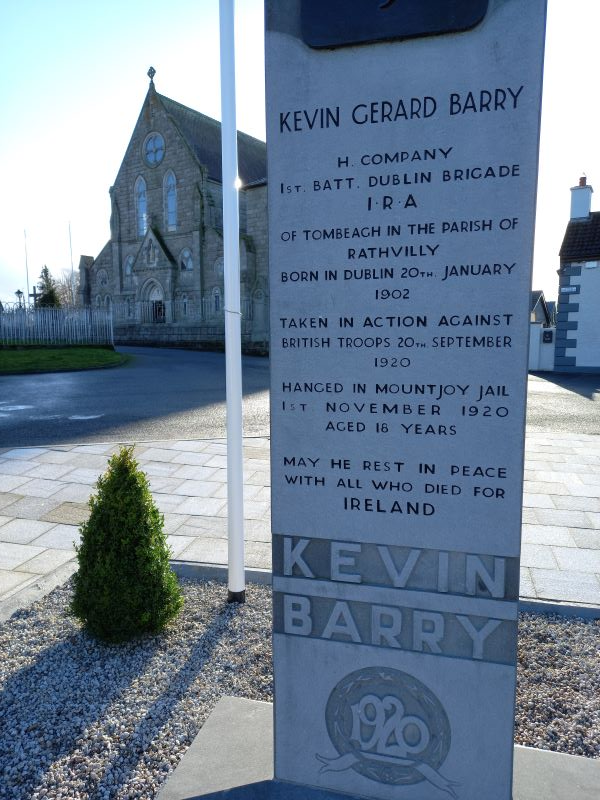 Here’s a fascinating short video from the 1960s about Kevin Barry’s connection to Rathvilly. It shows the Kevin Barry Monument, Phelan Street, the old school where Kevin Barry attended and his house. You can also see people going about their daily lives in the village.

A five minute walk from the village is St. Patrick’s Well, a natural spring capped by flat slab.

It’s believed that this is the place where St. Patrick baptised Crimthann man Énnai - The King of Leinster, his wife Mell and their son Daithi in 450 A.D. 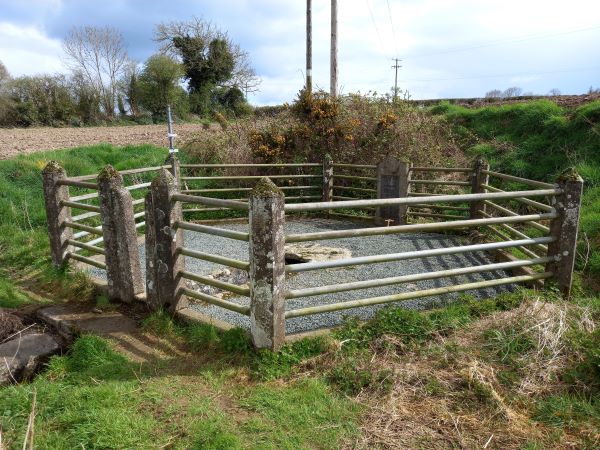 Unfortunately, the well is not signposted and can take a bit of detective work to find. It’s located on private land but is easily accessible.

Take the lane beside the graveyard. When you come to a stone that says Julia Deering’s Field, cross the soccer pitch car park and step through the gap into the next field. Then start walking towards 10 o’clock until you come to the well which is in a dip in the field. 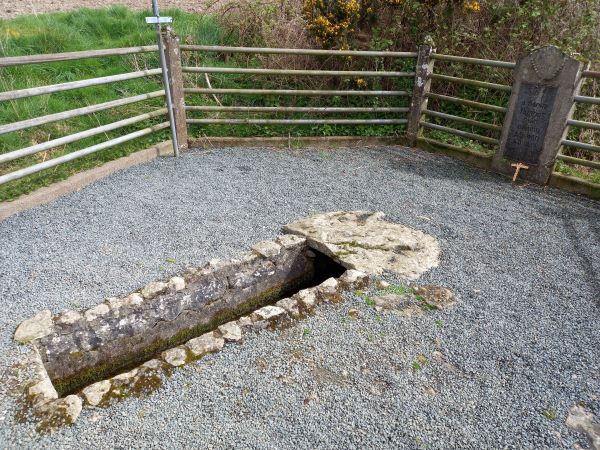 The spring is considered to be a cure for toothache and earache and coins can be seen in the water. People still visit it on St. Patrick’s Day and walk round it three times while saying three Hail Marys.

The fence around the well was constructed in 1953.

From the summit, you can see nine different counties!

Rathvilly Motte is a mound of about 10 metres and is situated 1 kilometre outside the village on a crossroads in the townland of Knockroe. It may have been built to protect and defend the crossroads.

The diameter of its base is nearly 24 metres and the summit diameter is 9.5 metres. Its top is flat but it has been lowered slightly and the sides have been cut back by about a metre. 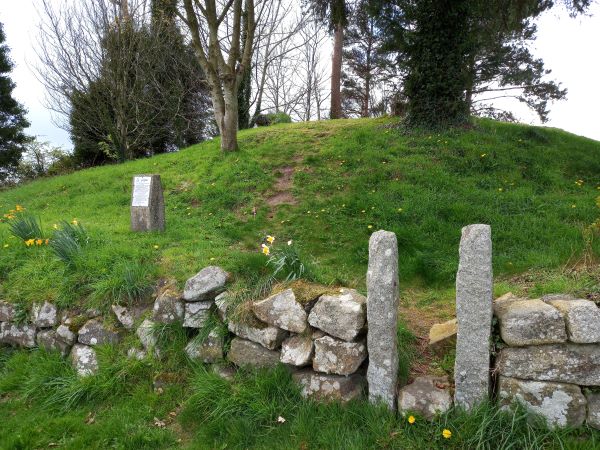 There’s no evidence of a castle ever having been present. However, it was once the home of Crimthann man Énnai, King of Leinster (baptised by St. Patrick) who reigned from 443 A.D. to 483 A.D.

The motte is accessible from the roadside but it’s easy to miss while driving by. There’s parking on the side of the road opposite.

Many of the locals enjoy a brisk walk from the centre of the village up the hill towards the motte for exercise - feel free to join them!

There are two churches in Rathvilly - St. Patrick’s Catholic Church and St. Mary’s Church of Ireland.

The architect for St. Patrick’s Church was William Hague and it was built in 1886 using local granite. 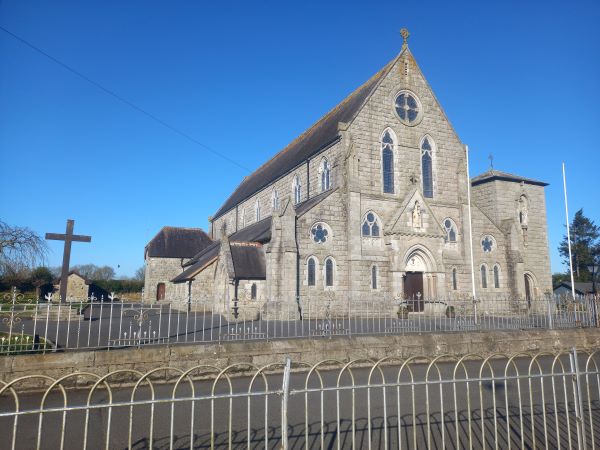 With many interesting features including a huge stained glass window and a mural depicting St. Patrick baptising the King of Leinster, the church is an impressive structure in the centre of the village.

Build in 1760, St. Mary’s Church of Ireland is located just outside the village on the Tullow Road and is almost completely surrounded by houses.

Designed by British architect Daniel Robertson, there’s a graveyard right beside it.