Hidden within the rural Carlow countryside, the castle sports wonderful views from the inside and is definitely worth the trip. 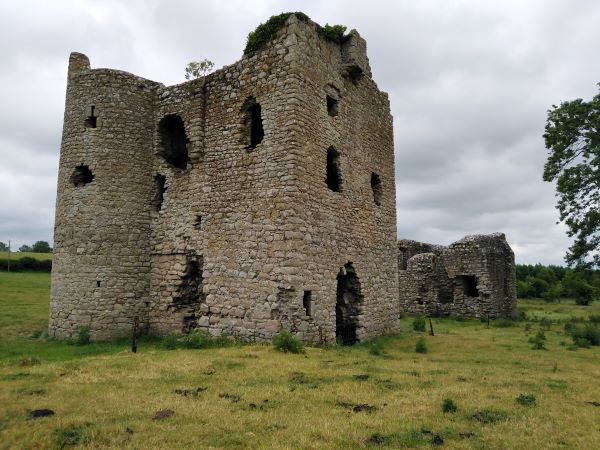 Coming from Bagenalstown, take the R724. Carefully turn right when you come to a fork in the road. Take the next right and the castle is in a field on your right. The trip takes about 10 minutes.

The road is quite narrow so park as close to the gate as you can.

You can see the castle even though it’s a good bit back from the road. There’s a locked gate into the field and unfortunately there’s no information about a right of way. I knocked at the door of the nearest house and was given permission to go ahead. 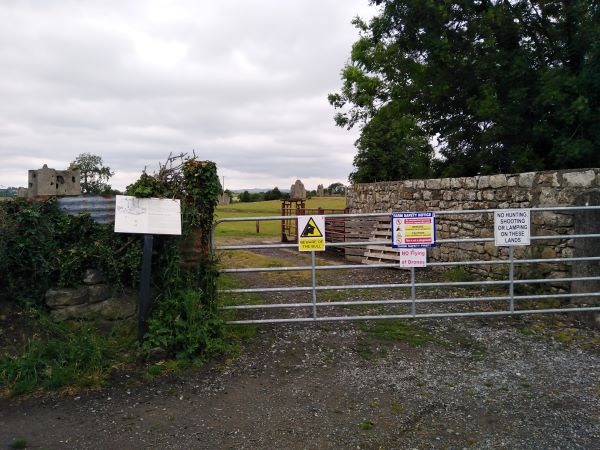 You’ll enjoy the walk up to the castle with its gatehouse towers a standout. 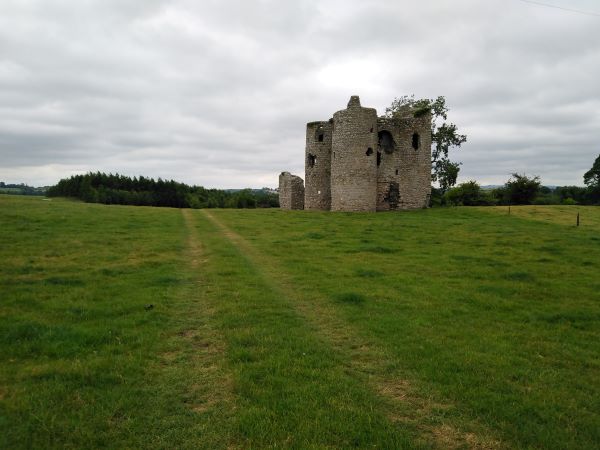 It’s unknown exactly when Ballyloughan Castle was built but its style hints to around 1300 and it was possibly constructed by the Normans.

For nearly all of its history, it was occupied by the Kavanaghs - a family who had control over most of the county. In the 16th century, it was the headquarters of one of the stronger divisions of the Kavanaghs - the Clan Donough.

However in 1641, the castle was fortified to the Crown. 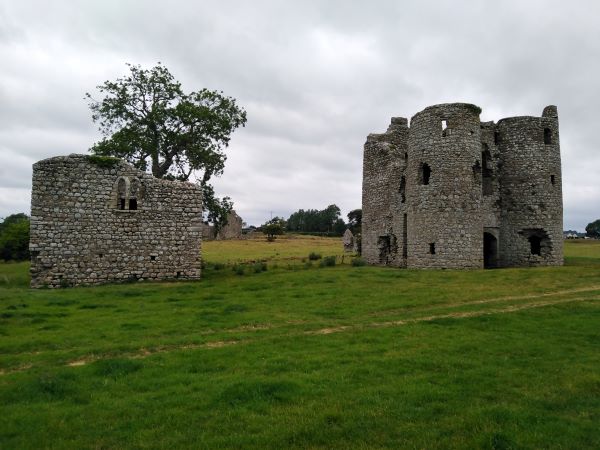 After Cromwell had conquered Ireland, the lands around Ballyloughan were granted to the Beauchamp family.

The 17th century mansion on the hill overlooking the castle was built by John Beauchamp using some of the stonework from the castle. This was the home of Eleanor Beauchamp who, in 1725, married Walter Bagenal of Dunleckney. 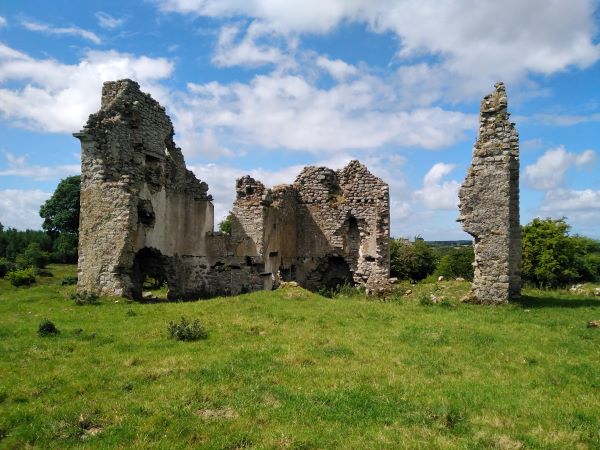 In the early 19th century, the castle passed into the hands of the Bruen family. 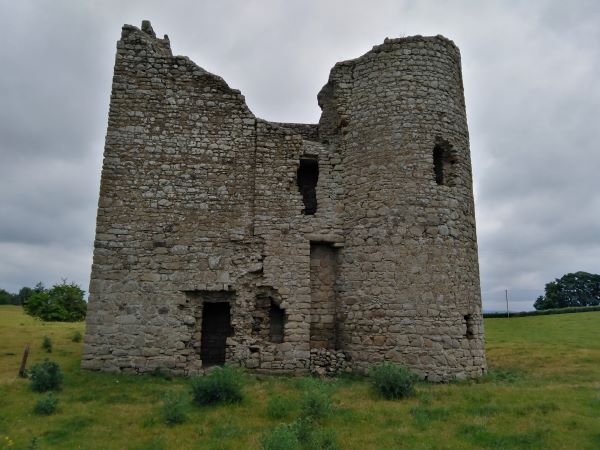 West side of Gatehouse

Originally, the rectangular courtyard was about 46 metres square and the curtain wall surrounding it was about 1.5 metres high. Two rectangular corner towers (one at the north-east and one at the south-east) protected the wall. 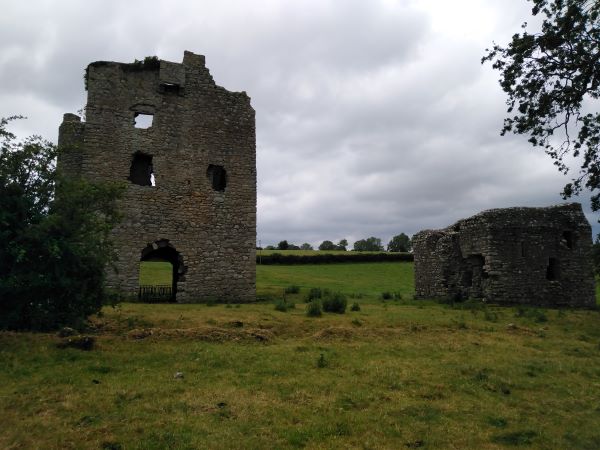 North side of Gatehouse

The name “Ballyloughan” is Baile na Lochain in Irish which means “town of the small lake”.

In 1955, excavations were carried out and it was discovered that Ballyloughan Castle had a moat 3 metres wide and 1 metre deep. The moat was filled with water from a local lake. When the lake dried up, the moat was filled in. 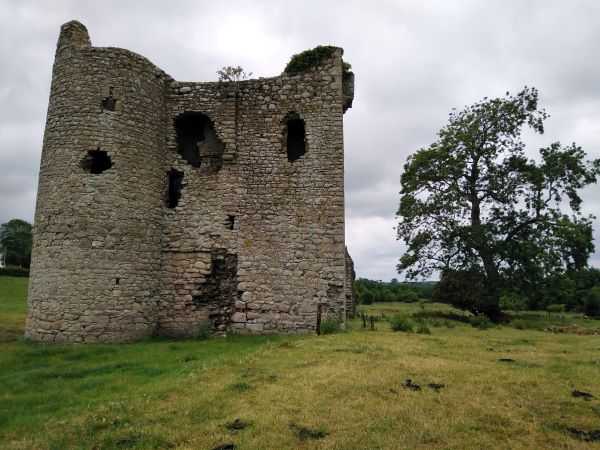 East side of Gatehouse

To access the courtyard you had to go through the arched entranceway of the gatehouse. 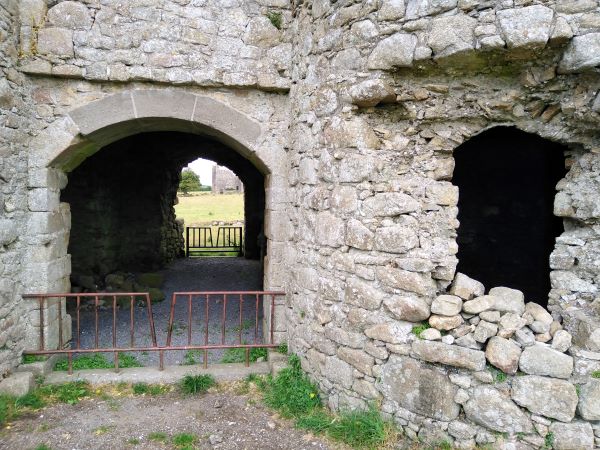 To get into the gatehouse, climb over the rail and on to the ground floor. Here you can see the vaulted ceiling, a couple of small chambers to your left and a chamber to your right.

There’s a hole in the wall opposite the entrance where you can see the ruins of the 17th century mansion on the hill in the distance. 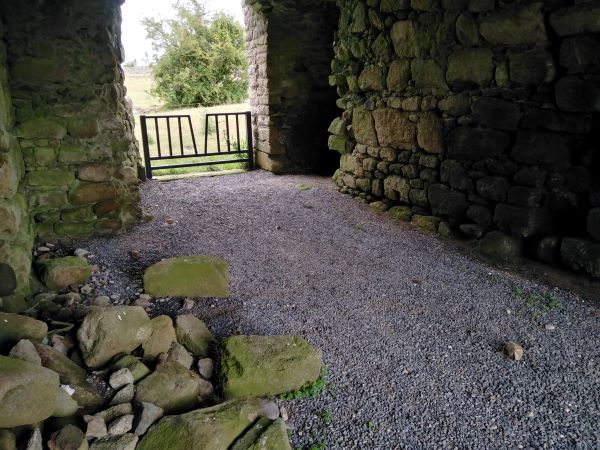 Walk towards this wall and on your right is the stairwell to the first floor. Take care as the stairs are quite steep and there’s no handrail. 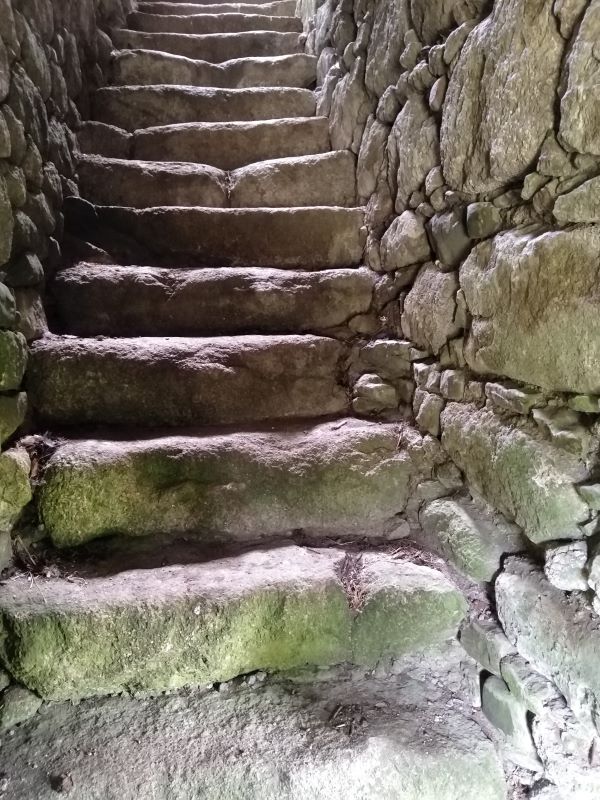 On the first floor, the ground is even and there’s lots of chambers and passageways to explore.

You can walk into the each of the two round towers that flank the archway and there are terrific views out over the surrounding countryside and Mount Leinster.

The towers would have protected the entrance to the courtyard and would’ve been used as lodging for the gatekeeper. 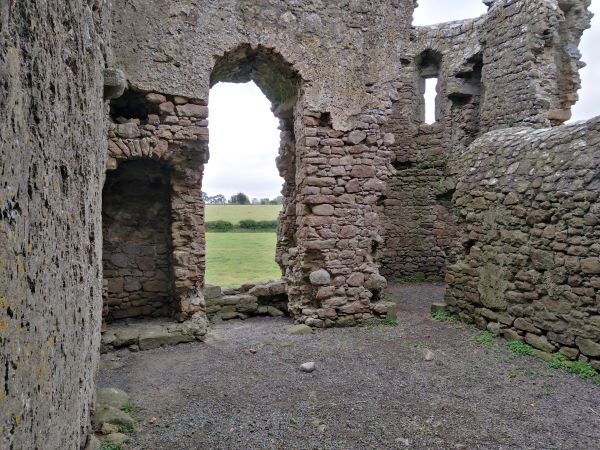 You can also see the remnants of some huge fireplaces and there’s lots of windows that still have their original detailing. 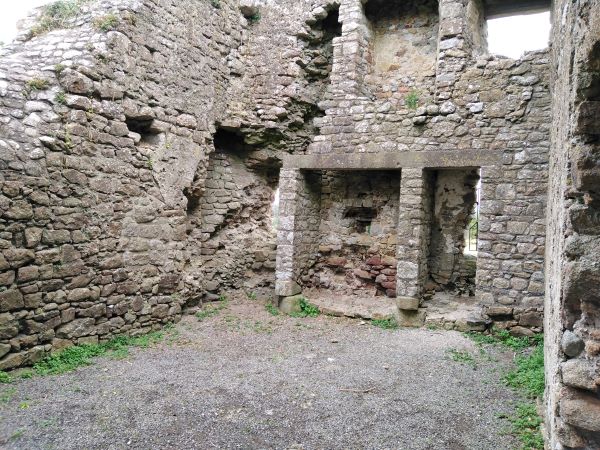 From the first floor, there’s a wonderful view of the south-east tower which would have been the Great Hall with its ornate fireplaces and windows. 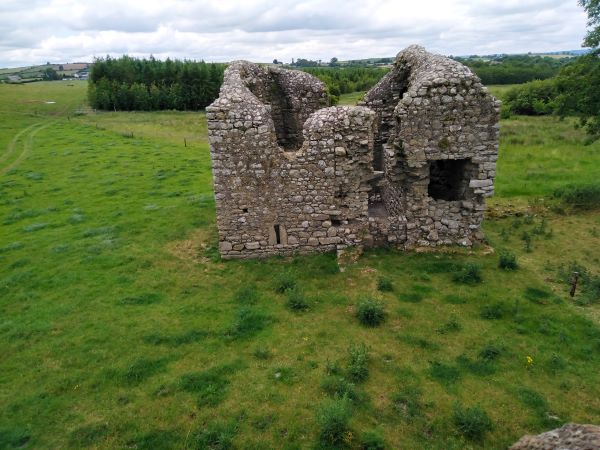 There’s a passageway up to the next level but after a few steps, a barrier prevents you going any further. I think this is because beyond the barrier looks very unsafe. 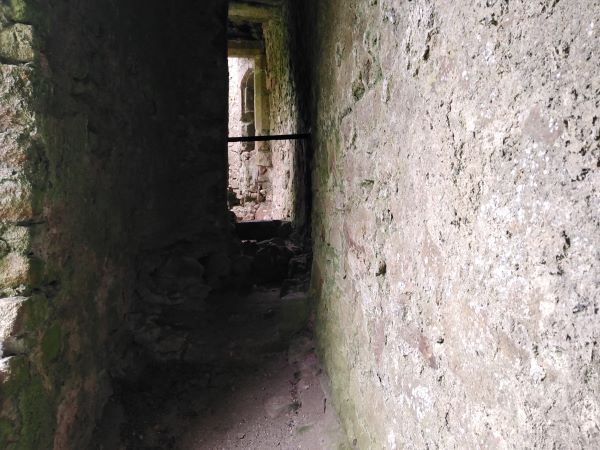 I hadn’t heard of Ballyloughan Castle until a few years ago. It’s well worth a visit, especially when you can actually climb up into it and see lots of detailing that still exists.

The mansion on the hill is also a must-see.