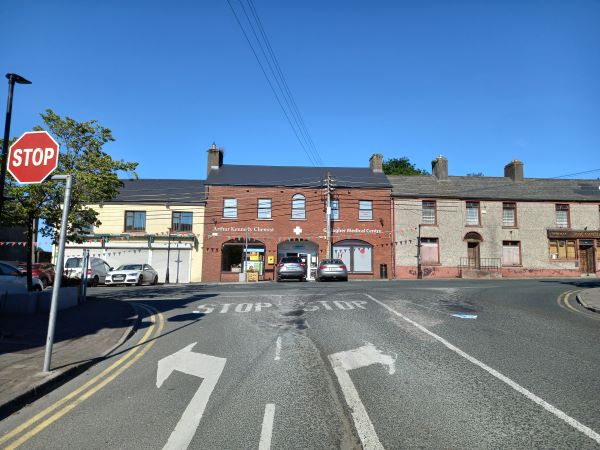 Coming in from the Carlow town road (Water Street)

Once known as Ballydrohid, Hacketstown is a small town situated in the north-east of the county (close to the Wicklow border) and is just under 28 kilometres from Carlow town.

Amenities include a supermarket, a pharmacy, a post office, a couple of take-aways, three pubs, a primary school, a secondary school, a petrol station, a hardware shop and a fire-station.

For a place of just under 1,000 people, this town packs a lot in and the traffic can get quite busy at times. 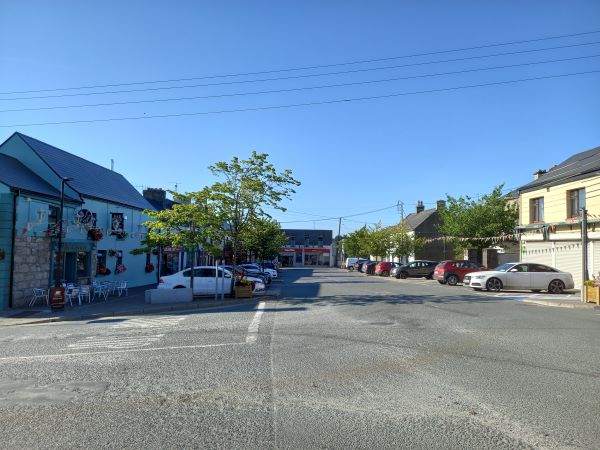 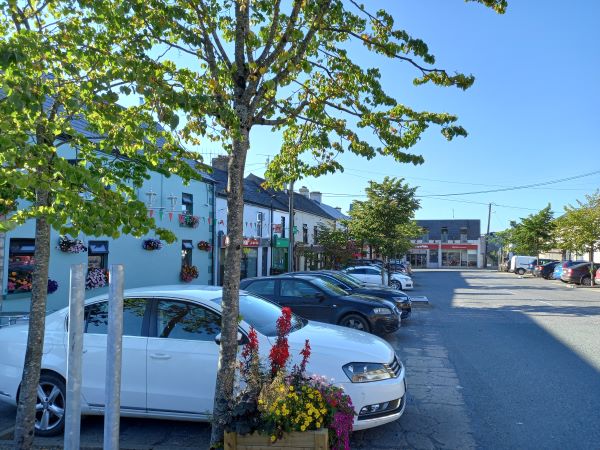 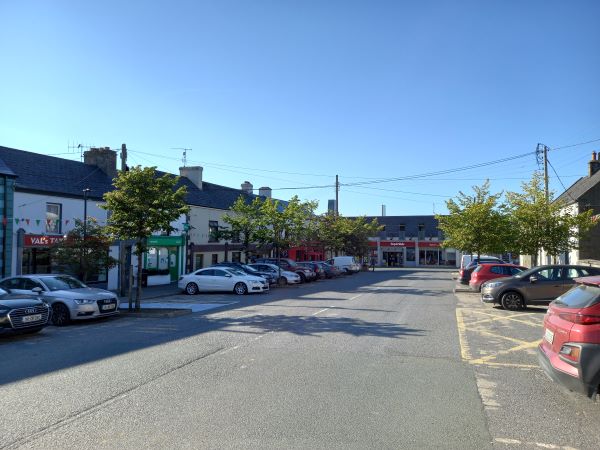 Another view of Main Street towards the SuperValu supermarket

The first woman to serve as a judge in the United States, Mary O’Toole, was born in Hacketstown on April 4th, 1874. In 1921, she was appointed to the District of Columbia Municipal Court by President Warren G. Harding.

Very active in promoting women’s rights she was one of the founding members of the Washington Women’s City Club becoming its first president. 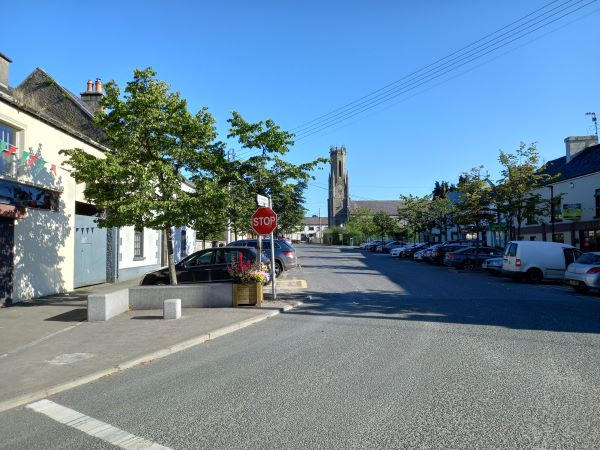 And Hacketstown’s American connection doesn’t end there. The town is twinned with Hackettstown (with an extra “t”) in New Jersey with the two towns being named as “sister cities”. 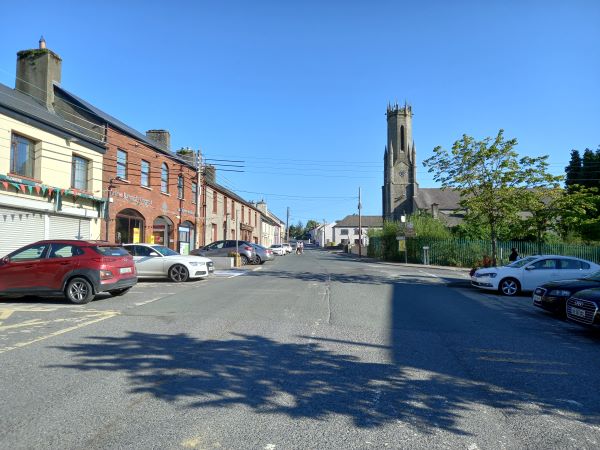 Main Street and towards the Tinahely road

If you’re coming into the town from Carlow town or Rathvilly via the R727 (Church Hill), your first port of call is the 1798 Monument.

There’s plenty of room to park beside the monument and there’s a bench to sit on and enjoy the scenic views out over the countryside. 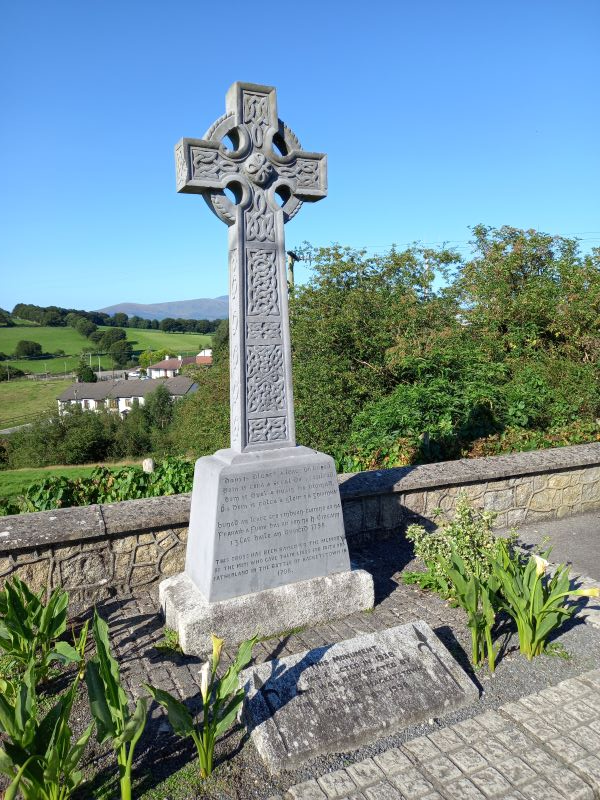 The monument was erected in 1938 to commemorate the men who died in the Battle of Hacketstown in 1798. In 1998 it was rededicated with Hackettstown, New Jersey Mayor, John DiMaio laying a wreath beside it.

Next, cross the road, step on to the narrow footpath and turn right walking towards St. John’s Church of Ireland. (It’s easier to leave your car at the 1798 monument as there isn’t much room to turn at the church.) 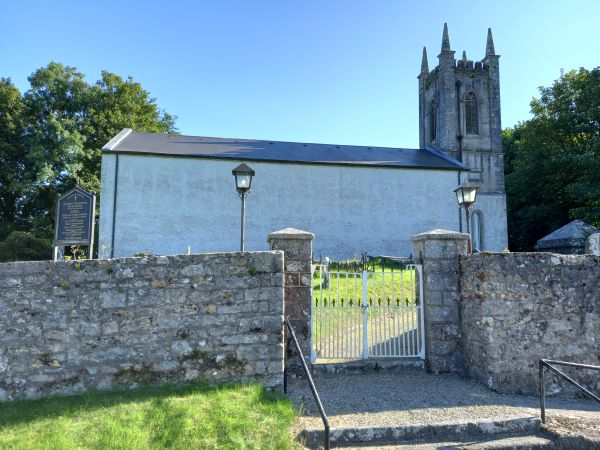 Surrounded by a high wall, the church is up on a height to your left. Open the gate and you can explore the grounds at the front and back of the church. Built around 1780, its tower was added in 1820.

Constructed sometime between 1803 and 1840, St. Brigid’s Church (on the Tinahely road) is situated where Hacketstown Castle once stood.

Fr. John Blanchfield was the parish priest at the time of its construction and Fr. Frank Morrin added the cut granite tower during the time of the Great Famine. 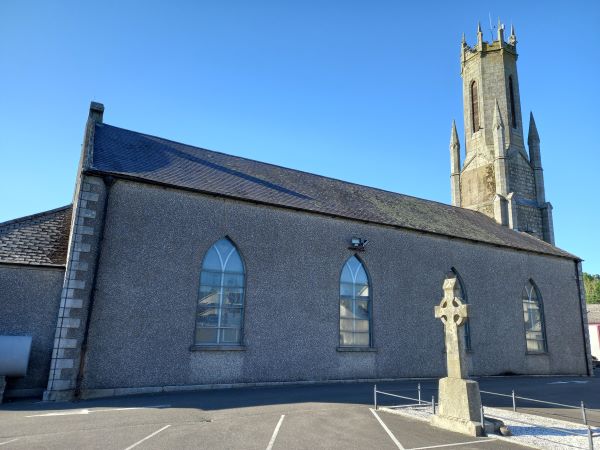 Drive in the left hand side of the church and you’ll see a stone cross marking the graves of James Dunne and John Mooney who were past parish priests of Hacketstown.

The building beside it which is used as the day care centre for the elderly was originally the National School.

Just uphill from the church, Hacketstown Fire Station is a National Training Centre (there are others in Athlone, Dundalk and Clonmel) specialising in CFBT (Compartment Fire Behaviour Training). 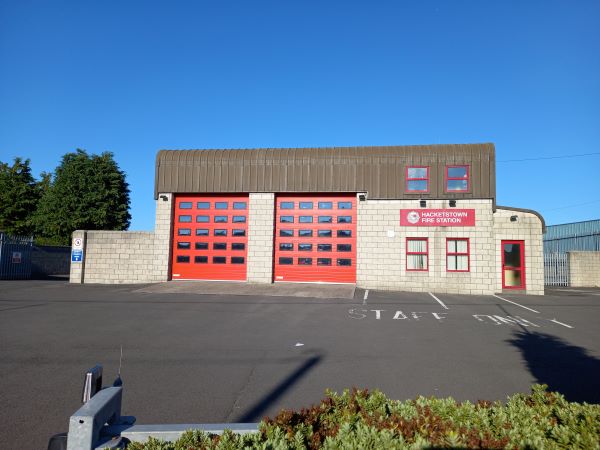 The fire station also specialises in breathing apparatus training and heavy vehicle rescue which is the training of fire fighters in the rescue of people from articulated lorries and buses.

Fire fighters from all over Ireland attend courses at the fire station.