Though never finished, Ballymoon Castle is still an unusual and eye-catching structure. It’s mysterious because of it’s lack of history and nobody knows if it was ever even lived in. 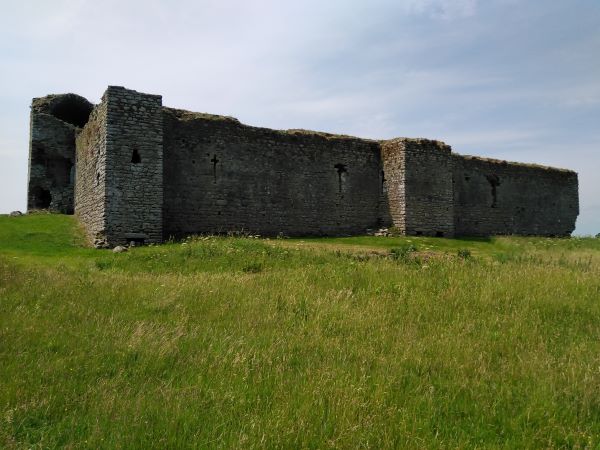 Ballymoon Castle is very near Ballyloughan Castle so if you’re in the area it’d be well worth your while paying a visit to the latter also.

Take the R724 from Bagenalstown and you’ll see Ballymoon on the left-hand side just over 3 kilometres from the town.

The only place to park is a gated entrance to a field opposite and here there’s just room for one car. This is a busy road so use caution.

To reach the castle, you have to cross a small rickety footbridge that spans a stream. 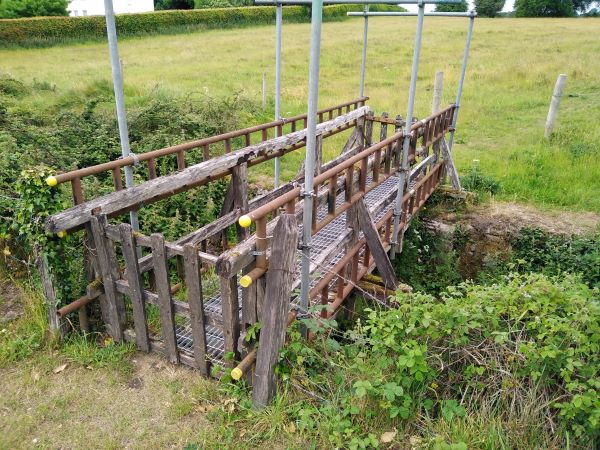 The castle is situated in a huge meadow and to your right you’ll get a wonderful view of Mount Leinster in the distance. 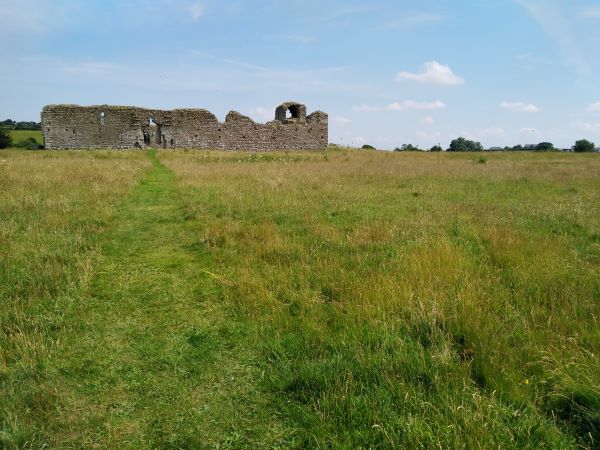 There’s a mown path through the grass and as you get closer you’ll begin to see into the courtyard through the unfinished arched gate. 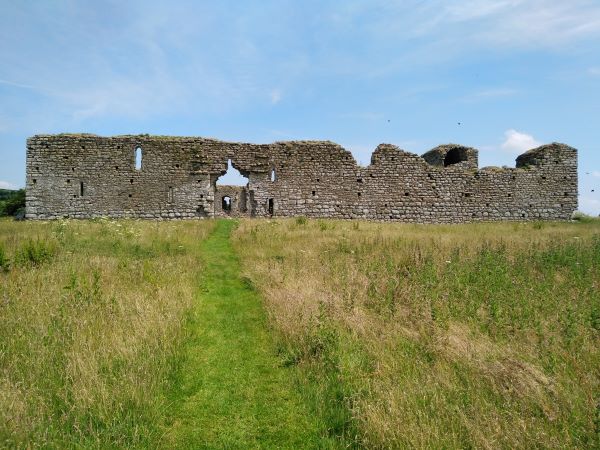 The west side (facing road)

If you look at the arch, there are three rows of stones on each side. These were placed to support a barbican (a structure to protect the entrance) but this feature was never added. 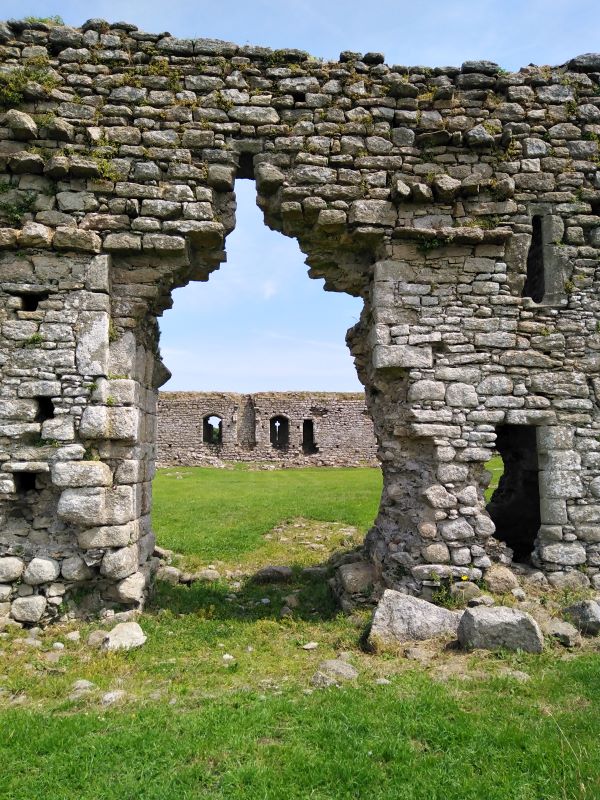 You can walk around the entire structure. It’s square-shaped with granite walls measuring 24 metres long on each side, 2.5 metres thick and 6 metres high. 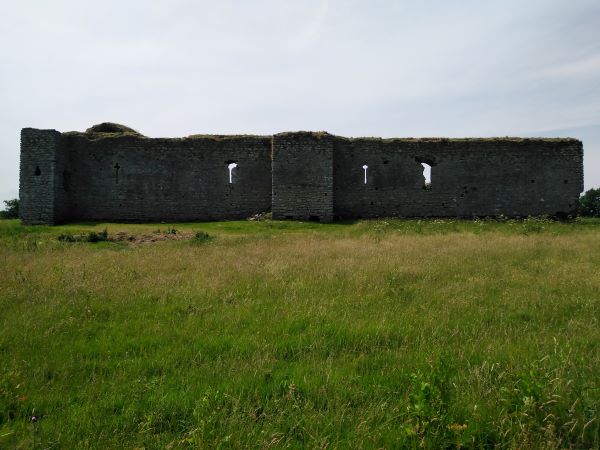 The building was intended to be two or three storeys high but the builders stopped just above the first floor level. 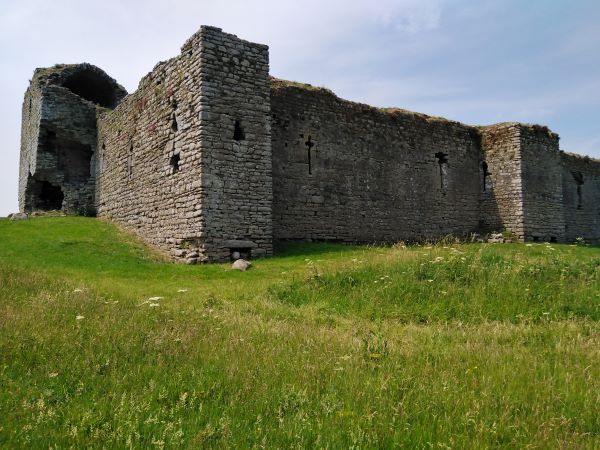 Three of its four sides are flanked by towers which provided covering fire along the walls. 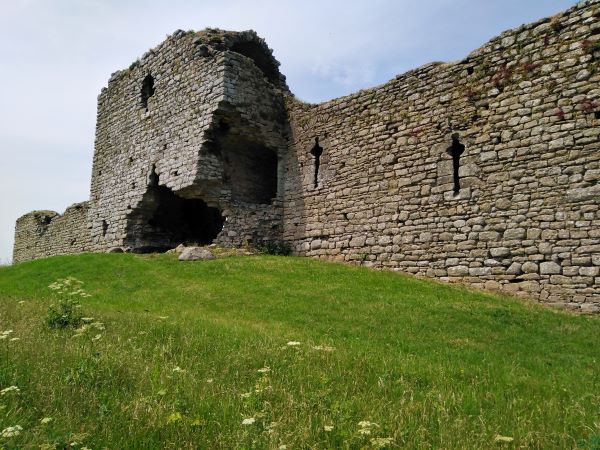 It’s difficult to find an exact record of the castle’s construction but the presence of a Caernarvon arch and arrowloop windows place it at sometime between the late 13th and early 14th centuries.

It’s believed to have been built by the Carew family who were one of the first Anglo-Norman families to come to Ireland. And its purpose is thought to have been to defend a border between the Normans and the Gaelic Irish in the Wicklow Mountains.

The Normans lost control of the area in around 1300 and the castle was probably taken over by the Gaelic Irish before it could ever be finished. 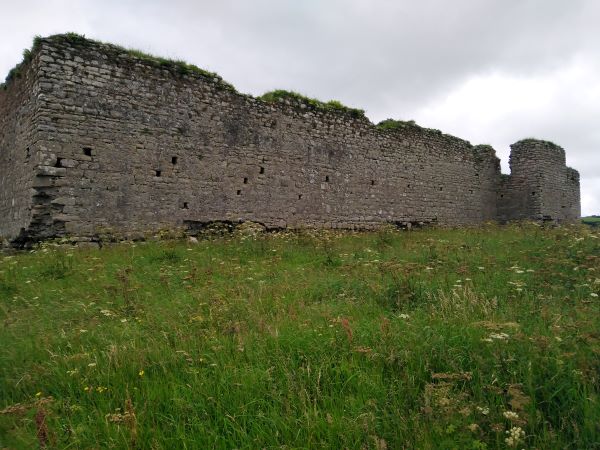 There’s a few places where you can enter the courtyard as there’s lots of breaches in the walls. If you carefully climb up on to the south side wall, you’ll get a really great view of the interior. 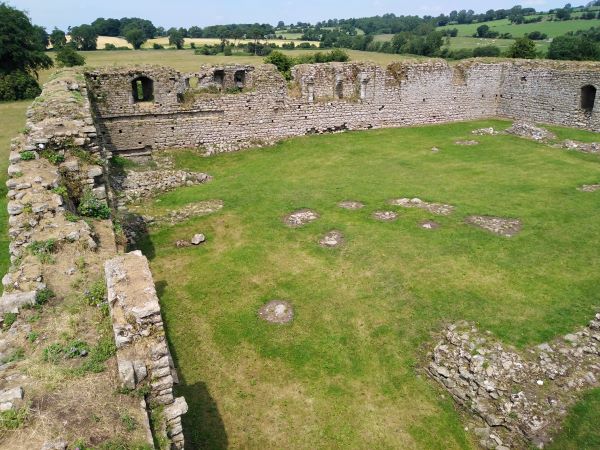 You’ll see evidence of what’s left of the internal walls. There’s also remnants of fireplaces, chimneys and windows from a world long gone. 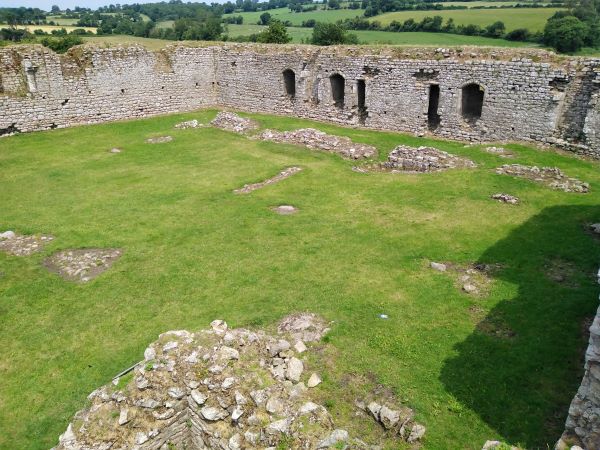 The castle must’ve been built for defensive purposes due to the presence of cross-shaped windows used for firing out arrows. 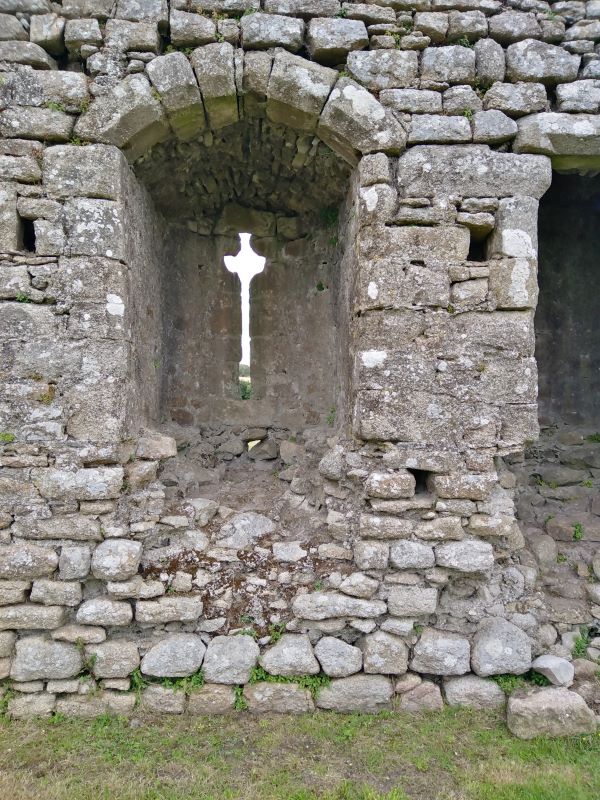 There’s also plenty of dark chambers and doorways to explore. 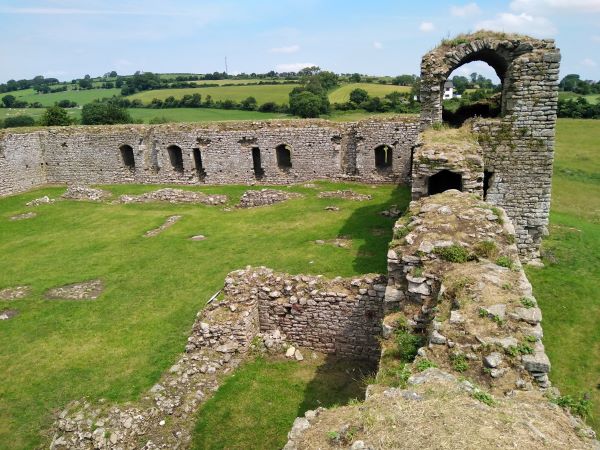 You can see the unfinished double-breasted fireplace along the north wall. This part of the castle was probably intended to have been the Great Hall. 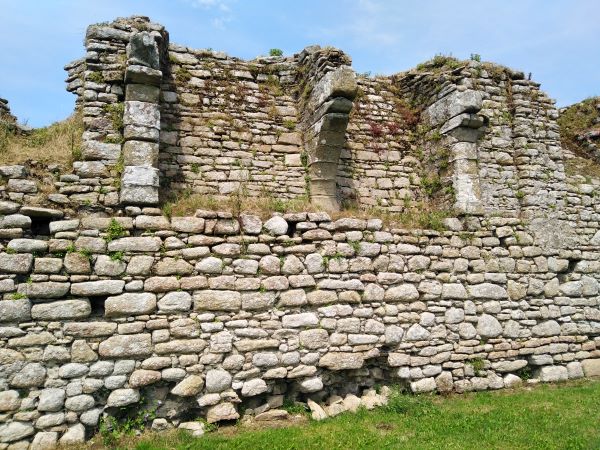 Along the east wall, there’s what’s left of a chimney that was built in to the wall. This was new technology for the time.

It’s clear that the castle was built not only for protective purposes but also for comfort. 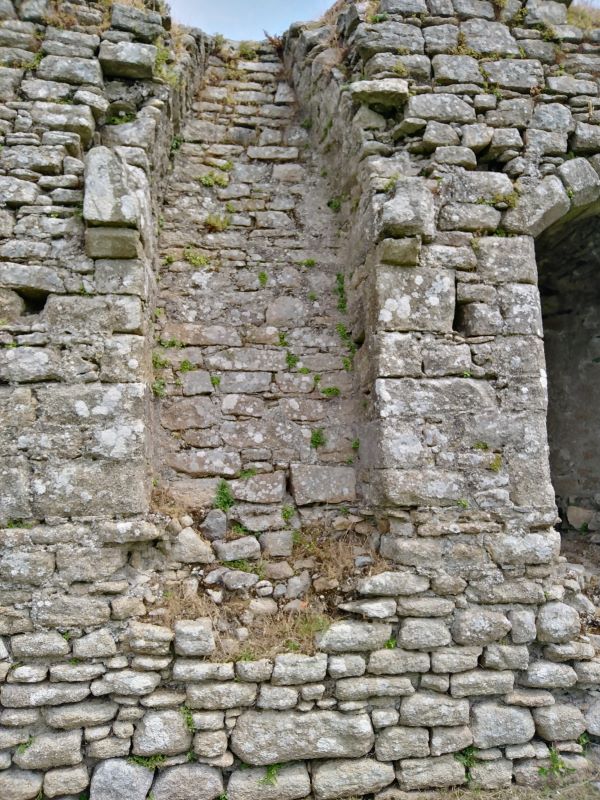 The whole structure is stunning and when you climb up the few steps on to it, you get incredible views of the surrounding countryside.

Ballymoon is a fascinating place for those interested in exploring castle ruins.