Clonmore Castle, an Anglo-Norman ruins, is located on the edge of Clonmore village in the north-east of County Carlow.

Standing for nearly 900 years, much of the castle has been removed to build other structures in the village such as the old school next door. 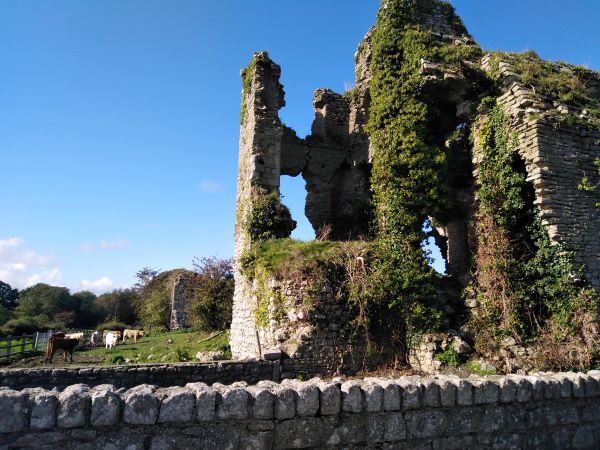 Byrne’s pub is in the centre of the village. From here, with your back to the pub’s front door take a left. Drive or walk down towards St. John’s Church of Ireland which is on your right.

Pass the graveyard and it’s here that you’ll catch a first glimpse of the top of the castle. 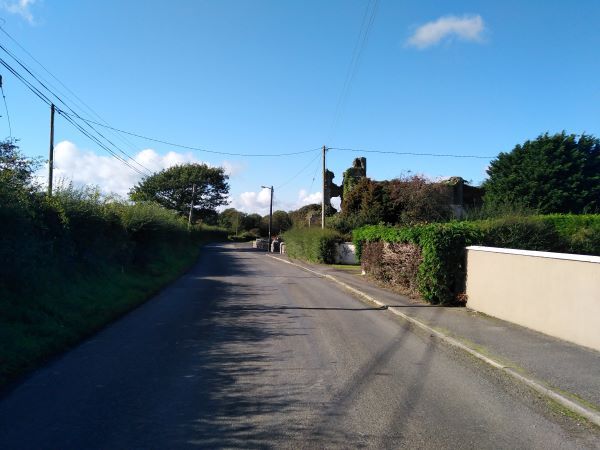 Pass Clonmore Prayer Garden, the sign for the Bullaun Stone, some houses and then you’ll come to what was once Clonmore National School and is now the Community Centre. You can park in here or in the laneway beside the castle. 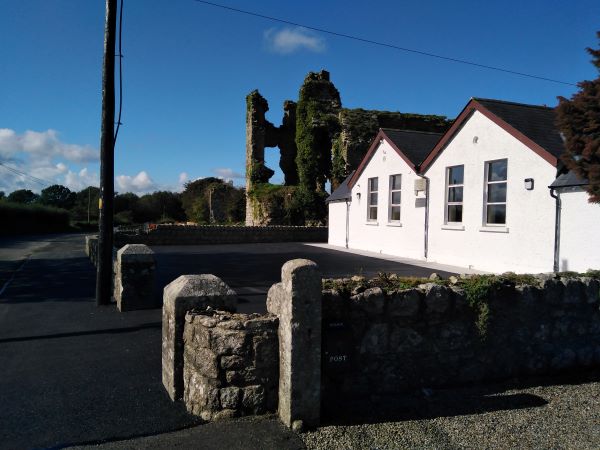 Let’s Take a Walk Around

The side of Clonmore Castle facing the road is in a very ruinous state with a gaping hole in the centre of it.

Also facing the road is what’s left of the courtyard where there were cattle grazing on the day I visited. 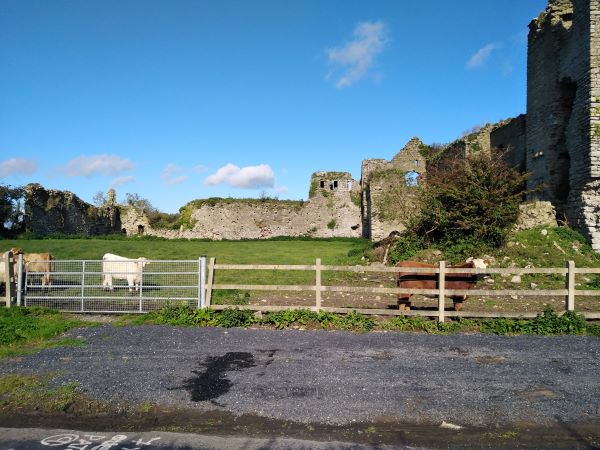 Walking around to the side of the castle nearest the school, the first thing you’ll notice is how high it is and the amazing stone work. There’s some nice features here like arched windows and long narrow windows. 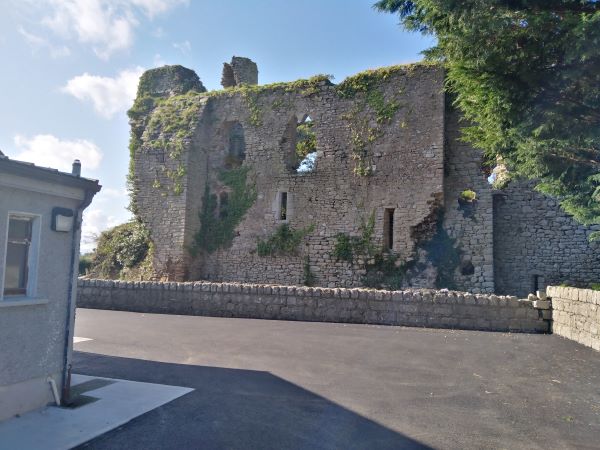 Follow the lane towards the gate and you’ll notice the castle indents and more long narrow windows are visible. The lane leads down to a field and a stream. 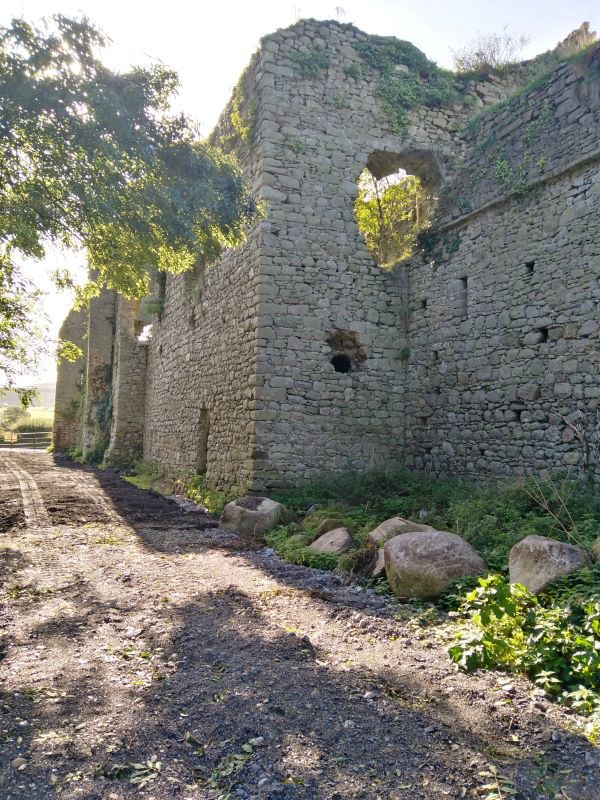 Walk back around to the side facing the road and you can climb over the fence in to what was once the courtyard.

From here you’ll see how big the structure is and also how dilapidated it is. But there’s still something impressive about this ruins that has stood here for hundreds of years. 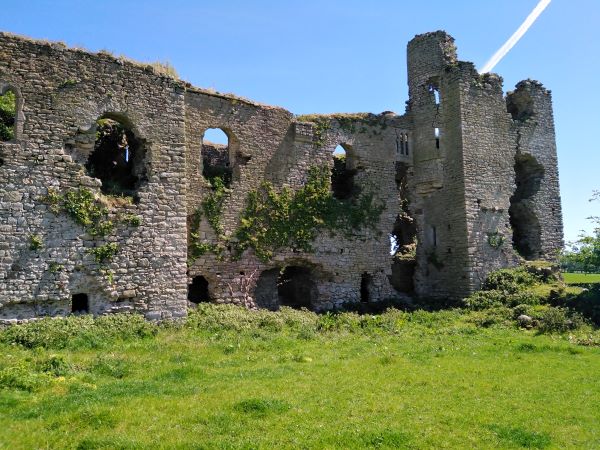 View from the courtyard

There’s very little information about the castle available and it’s not mentioned in the history books until 1332, when repairs were carried out on it by Sir Anthony de Lucy. However, it’s thought to have been built by Hugh DeLacey near the latter part of the 12th century.

Throughout its lifetime, it was attacked and seized and changed hands several times. It even once belonged to the Crown- making it a Royal Castle.

In 1650, Cromwell’s forces under Colonel Hewson destroyed its walls and towers and left it in the shape it is today. 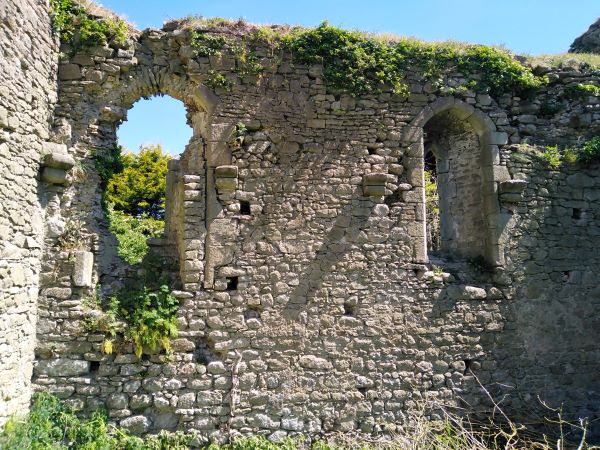 Originally, the castle was square in shape with towers at each of the four corners. It was surrounded by a fort which was 20 feet deep when filled with water but this has long since been filled in.

The North, East and West side walls were 170 feet high. The South wall facing the road (which is mostly gone) reached 230 feet high and contained a drawbridge tower which was the entrance to the courtyard. 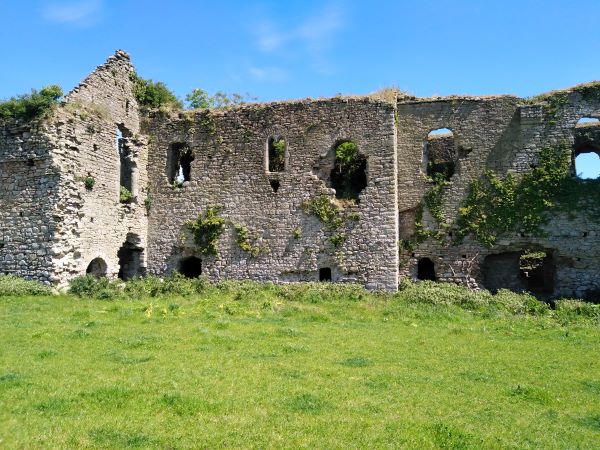 Have a Look Inside

When you’re standing on the road facing the castle, walk towards the driveway on the right. You’ll see a gate with a sign that says “Strictly No Shooting”. Just before the gate on the left there’s a way to partly climb up into the castle. 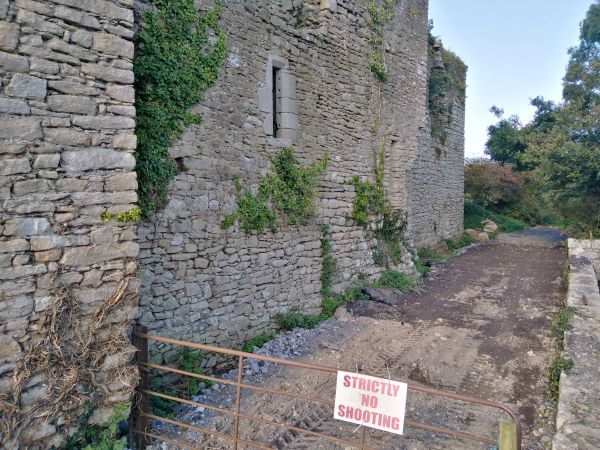 Pick your way up carefully through the rocks for about six or seven steps and you come to a grassy mound. From here there’s a terrific view of Kilalongford and Mount Leinster. 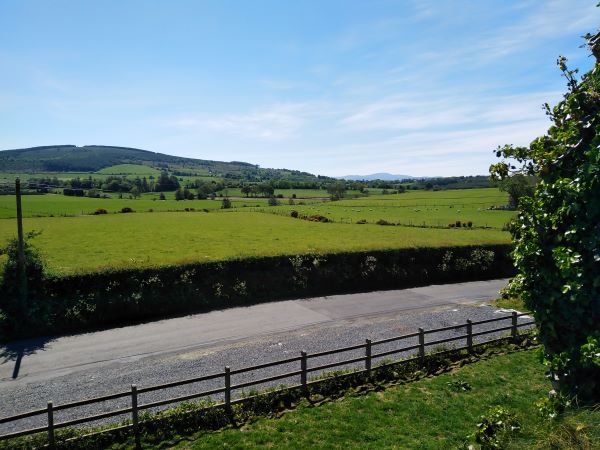 Turn around and now you’re looking down into what seems to be a large room in the castle. Carefully climb down the three or four steps to get a closer look. There’s lots of nettles and it can be very mucky so you may need wellingtons. 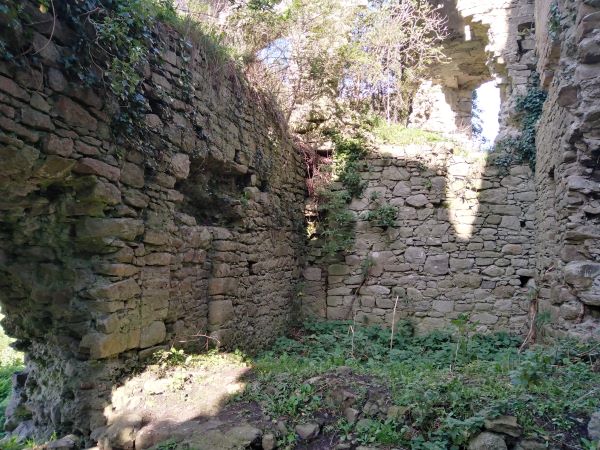 The first thing you’ll notice is how bad a condition the building is in - there’s a tree growing inside the castle, there’s holes throughout the structure and it has no roof. 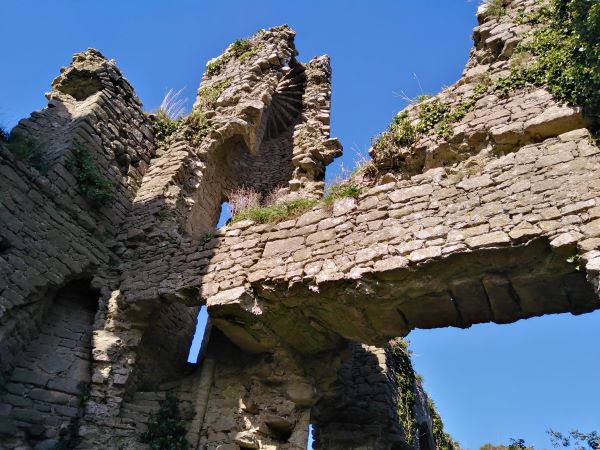 The remains of a stairwell 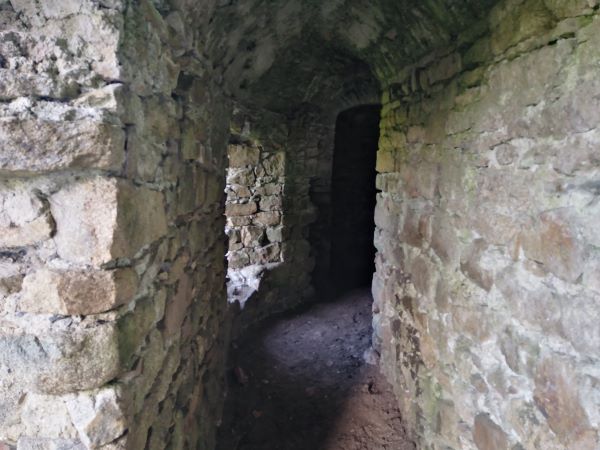 A lot of Clonmore Castle is gone or has fallen away and it could do with a bit of a tidy up. However, it’s an interesting ruin with lots of potential.