Located in the townland of Ardristan, Tullow, Cloch-an-Phoill is a large, flat granite stone with a hole in it. This unusual monument was once believed to have curing powers. 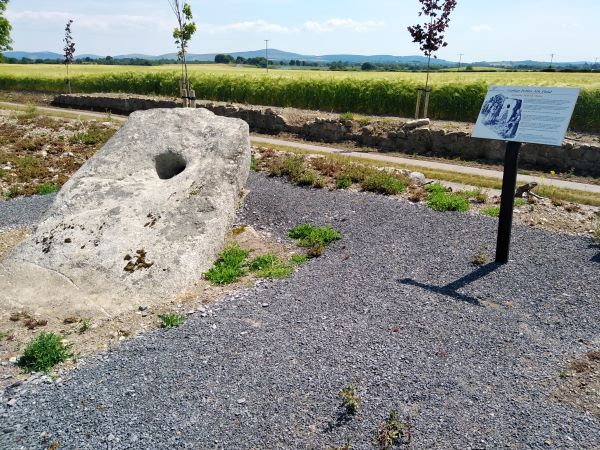 From Tullow, take the Bunclody road (N81) for about 5 km. On the right hand side of the road, you’ll see a sign for the stone pointing to the left. You’ll have to watch out for the sign as it’s very easy to miss.

Also, take care because the sign is on a dangerous bend of a busy road. 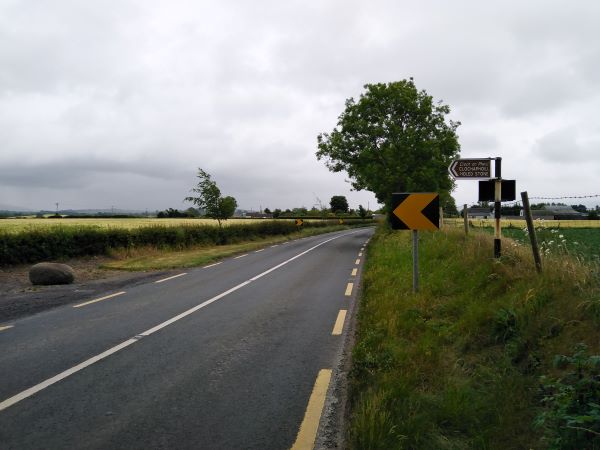 There’s a gateway to a private house where you can park providing you’re not obstructing the entrance. 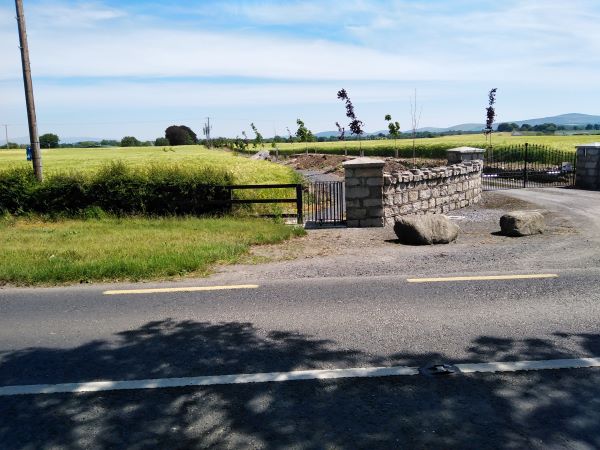 Walk through the little gateway to the left of the main entrance and you’ll see the stone not far ahead of you. 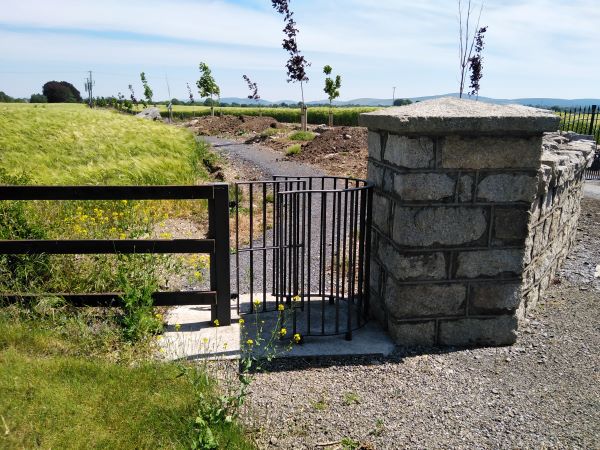 It’s tilted at around 45 degrees with some stones supporting it and it also has an information sign beside it. 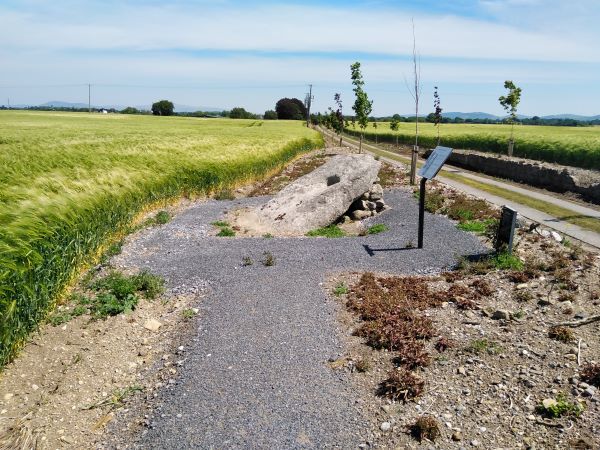 I took some measurements and the stone is approximately 280 cm long and 160 cm wide. The hole, which is equidistant from the top and sides measures 30 cm in diameter. 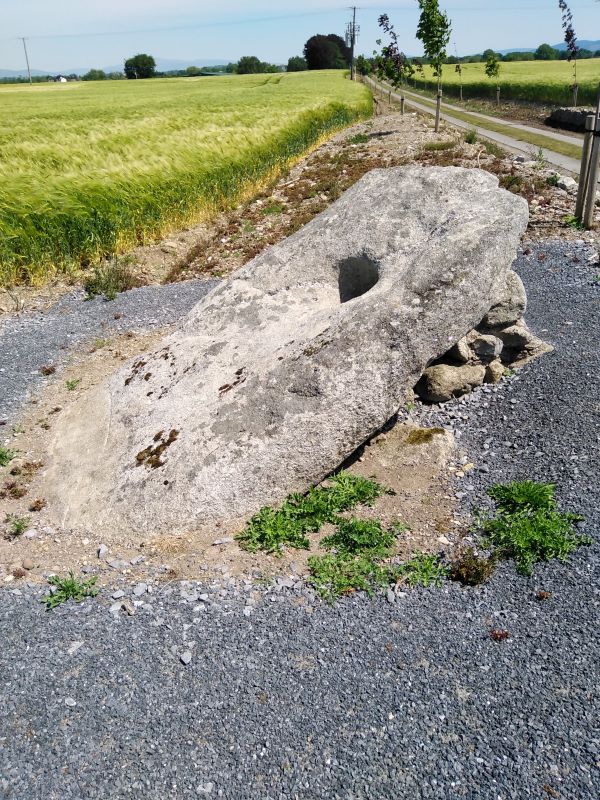 According to the information plaque, standing stones like this one were used to mark a land boundary or a burial. It’s believed this stone was erected in the early Bronze Age (2000-1600 B.C.).

It’s not known if the hole was added later but it’s said that the Irish king - Niall of the Nine Hostages tied up his enemy - Eochu by running a chain through the hole.

Unfortunately for Niall, Eochu freed himself and murdered Niall in 405 A.D.

Other theories suggest that the hole was used to chain up an animal such as a bull. 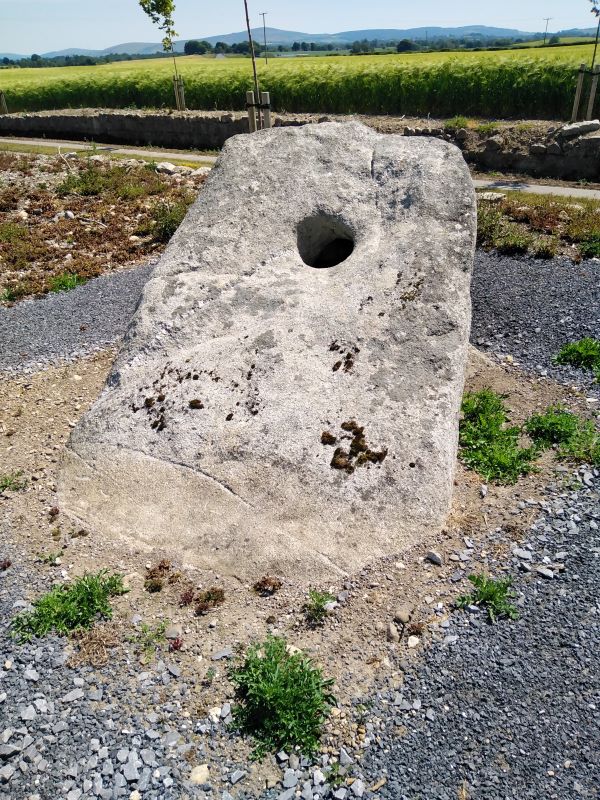 On further research, I discovered that archaeologists believe it once stood upright and was used as a door to a tomb during the Neolithic period. After the tomb was closed the hole was used to pass food through to the dead. 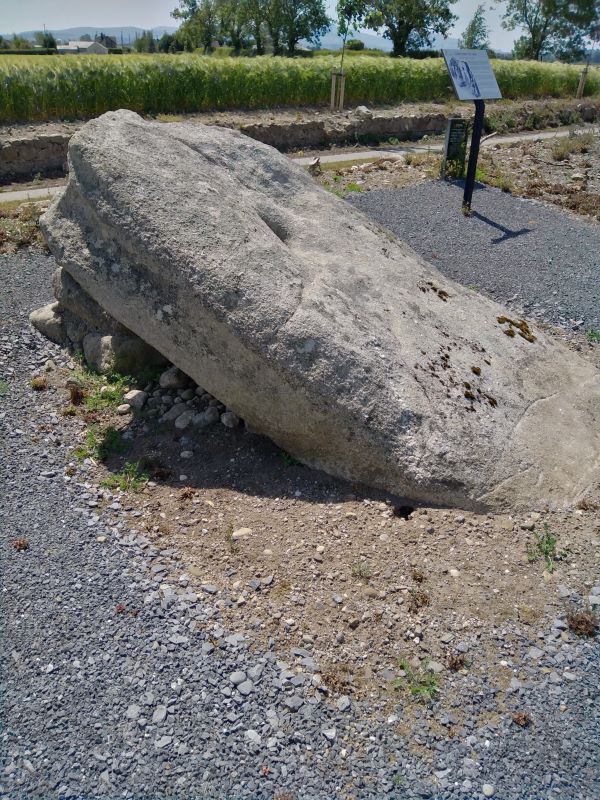 Up to the 18th century, sick infants were passed through the hole as a cure for rickets.

It’s also believed that the stone was part of a pair with the second stone now lost. 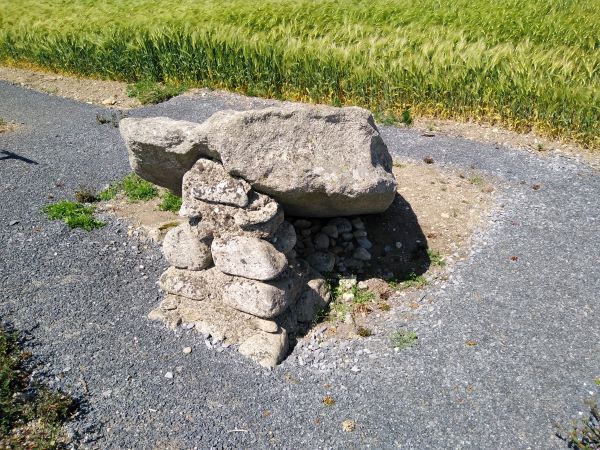 Not many people are familiar with this monument. I hadn’t heard of it myself until I read about it in a guide book from the Tourist Office in Carlow.

It probably would be more extraordinary if it were standing upright in a field. But even though you won’t spend much time at this stone, it’s still an interesting site.