Brownshill Dolmen is a pagan tomb consisting of a chamber whose sides are slabs supporting a huge roofing stone. These types of monuments are usually found where there’s an abundance of boulders and are known in Ireland as giants’ graves. 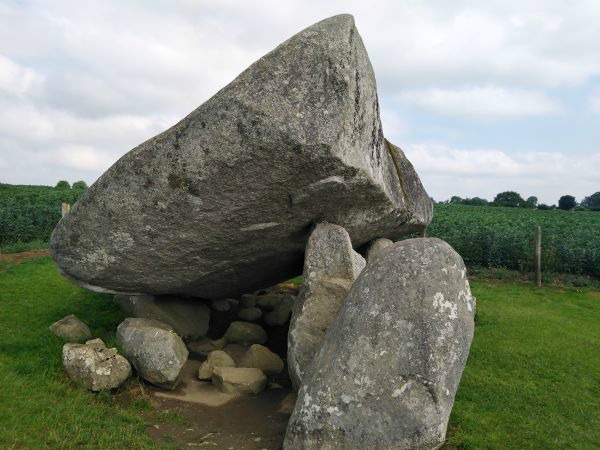 Take the R448 and then the R726 from Carlow town which should take about 10 minutes. Drive into the car park on the right. From here you can see the dolmen across the field in the distance. The road is very busy so be careful if you’ve children with you or if you’re driving out of the car park.

There’s a couple of signs here, one tells you about the portal tomb and another sign is about Ireland’s Ancient East. 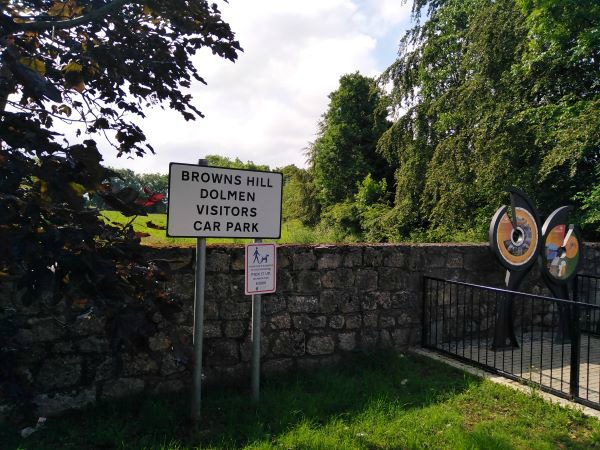 From the car park there’s a path up to the dolmen which takes about six minutes to reach. The path is tarmacked and even though it’s a little bumpy it’s still suitable for wheelchair users.

It’s actually quite a picturesque little pathway with trees along it and they curl over into a canopy. 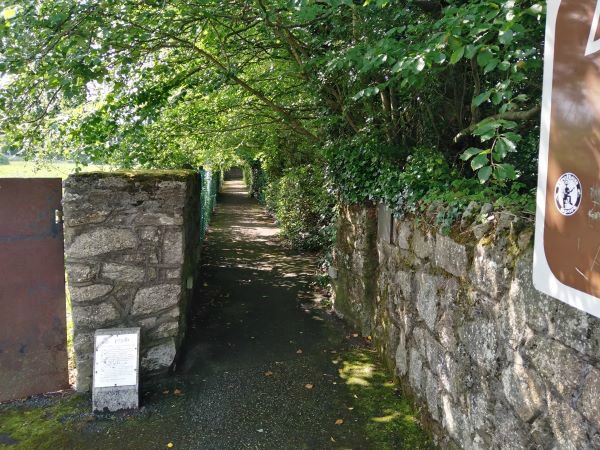 After a few metres you come to a little stone bridge with a stream running underneath. Then the path turns to the right, narrows and there’s an incline. 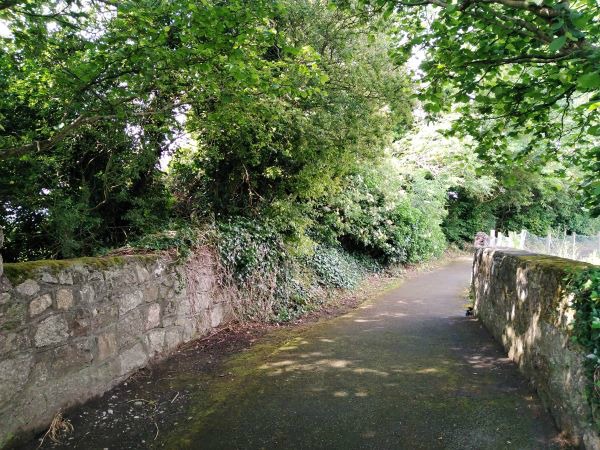 On the left you can see houses and fields through a hedge and on the right there’s a fence and you can also see the dolmen in the distance.

Soon the path takes a sharp right to bring you towards the dolmen. 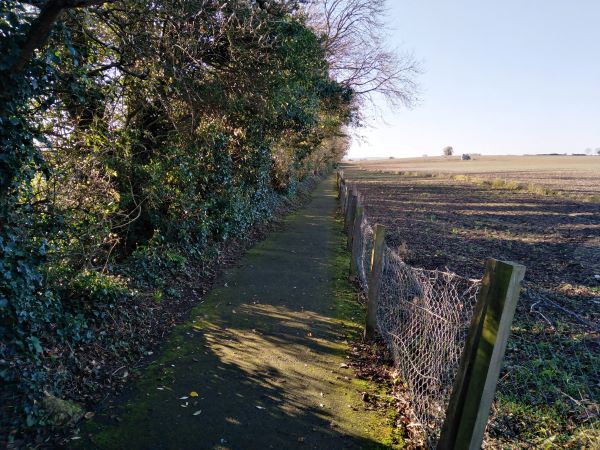 When you reach the dolmen there’s a couple of granite seats that you can sit on and there’s also an information sign. It’s striking how large the capstone is and it seems to be at a 45 degree angle. There are four stones standing up and it’s resting on three of these with several stones underneath it. 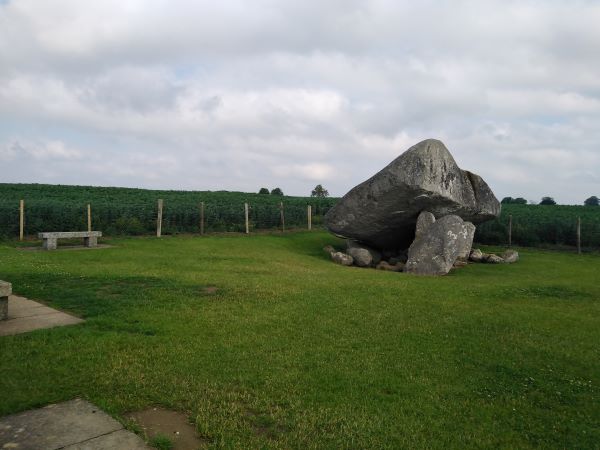 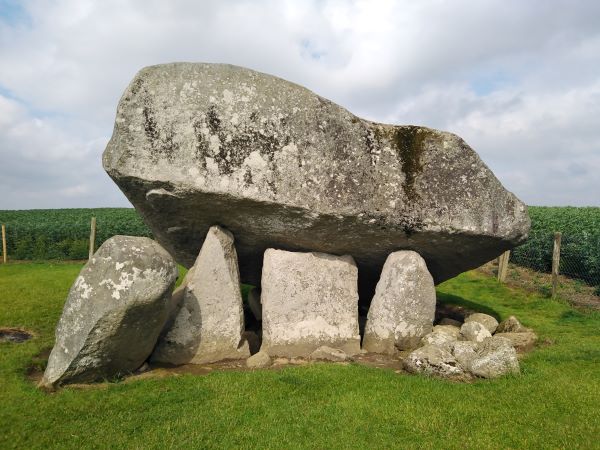 It’s very peaceful up here and all you can hear is the distant sound of the traffic on the road. 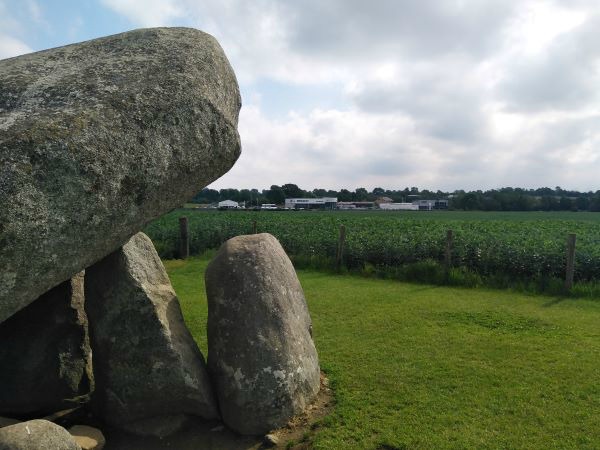 How Was It Built?

I did some research on the dolmen in Carlow County Library. Upstairs there’s a local history section where I found a book called the Journal of the Kildare Archaeology Society, Vol 5.

In the chapter titled THE KERNANSTOWN (OR BROWNE’S HILL) CROMLECH, COUNTY CARLOW by Lord Walter Fitzgerald, I learned that cromlechs are sometimes discovered nearly completely covered with earth and are like a small moat. 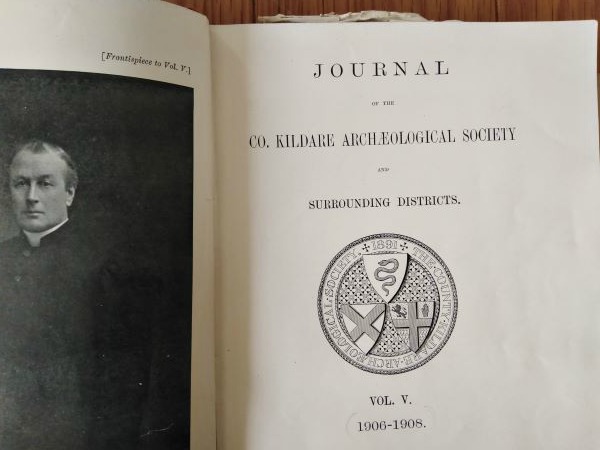 You’d wonder how the covering stone was raised but the book gives us three interesting theories.

One theory is that the capstone was already in position, holes were made on its underside and then the side stones were slid into place to support it when the earth underneath was excavated. Then the top layers of the surrounding ground were removed which gave height to the structure. 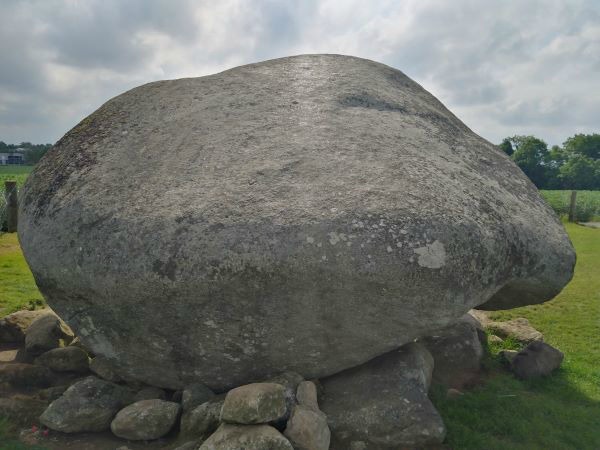 The second theory is that the stones that make up the chamber were put in position. Then timber, clay and stones were used to make a sloping ramp against one side of it. The capstone was gradually lifted, inch by inch, until it was in position over the vertical stones.

The final theory is that the capstone was lifted up little by little on one side and then at another. Small stones were placed in the space underneath it until it was lifted to the required level. Then the side stones were put in place.

These are just theories of course and we may never discover how Brownshill Dolmen was built.

But whatever your viewpoint, it’s a truly impressive sight. The more you look at it the more incredible the feat of building it appears.

If you’re in the area, this intriguing ancient monument is definitely worth a visit.